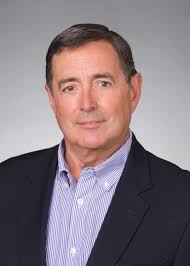 Even before the pandemic, the media industry was changing, evolving and adapting to frequent disruptions.  The ARF recently fielded a study called Organizational Benchmarks Study: The Advertiser Report, that reveals insights into these changes. Paul Donato, Chief Research Officer of the ARF, explained, “Research departments are changing rapidly, especially as machine learning and AI are displacing more traditional research skills.” ARF members were asking how other company’s departments were changing and adapting to the new reality.

To help answer members’ questions, the ARF conducted an online survey of more than 450 industry professionals, half of which were at the Director level or higher. According to Donato, “That would include what they are calling themselves, department structure, skills needed, techniques used and stakeholder satisfaction, to name just a few of the dimensions measured,” and he added, “We will be repeating this survey every year and offer member companies customer studies that benchmark their departments to the overall study.”

- The report found that reporting structures for research departments tend to report into a wide variety of other departments, from marketing to product development. However, Consumer Research/Insights and Data Science/ Analytics were the most frequently reported.

- Departments responsible for research functions tended to have a range of names. “We came across hundreds of names,” Donato asserted, “Most frequently, it is a compound form of research: media research, market research, or consumer research. There were also variations of Data Science/Analytics.”

- Spending for Research hadn’t essentially changed at the time the study was fielded in October 2019. “Spend was more or less normally distributed than the year prior,” he stated.

- When it comes to research KPIs, Sales is the most important followed by Brand equity and Brand lift.

- Advanced analytics/statistics is the top technical skill sought after for advertisers at both large and small companies, followed by basic analytics skills like Excel and brand storytelling.

Looking Forward
This report is the first of a five-part series, with subsequent benchmark reports focusing on agencies, media, research companies and consultancies, to be released throughout 2020, according to the ARF. Unfortunately, since the survey was completed in October 2019, it doesn’t include any questions about the pandemic. But questions will be included in the next survey.

Donato offered his insights into what the next study wave might reveal. “Some in-person research will be affected such as focus groups or face-to-face research,” he noted, “That being said, research and insights will be more critical than ever as businesses try to navigate this unprecedented time of uncertainty.”

The temptation to restrict advertising during an economic downturn is understandable but Donato warned, “All our studies suggest that advertising during a recession makes the brand stronger at the back end of the recession. Moreover, going dark can take a brand three to five years to recover. To the extent that requires research on new creative messages, new media plans and marketing plans, there is still need for research. What marketers will do remains to be seen.”

Posted by Charlene Weisler at 10:17 AM

Charlene Weisler
Data revenue-generator expert. Research experience spanning broadcast, cable, off-platform, non-linear and broadband as well as set top box data, SEO, metrics creation and behavioral psychography. Expertise in leveraging datasets for revenue generation and sales positioning. Weisler writes about data, research and the media for several industry publications in addition to her blog. Email her at WeislerMedia at yahoo and follow her at www.twitter.com/weislermedia